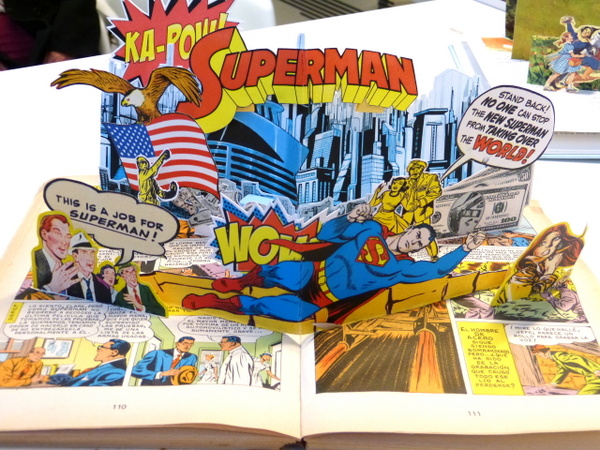 The work we’ve created consists of four hanging structures that simulate dripping ink emerging from the ceiling of the library. The mobiles have been created using thin wire for the elaboration of the inner structure, black endurable thread to connect them to each other and hanging them and lastly, black hot glue with the purpose of generating this ink effect.

The piece has undergone many changes since the original ideas. In the beggining, we were planning for the drippings of ink to emerge from an open book hanging upside down from the ceiling, or from a ‘tear’ placed on a window or wall 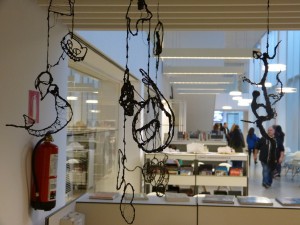 In the end, the group opted for the first option’s style, but due to technical issues and the upcoming deadline, we decided to remove the book element.

The figures our mobile is made of are representations of important and popular tales and novels in the world of literature. The works represented are the following: Red Riding Hood, Pinocchio, The Lord of the Flies, Ranpunzel, The Little Mermaid, Jack and the Beanstalk, Alice in Wonderland, Lolita, Around the World in Eighty Days, Cinderella and Snow White.

What we wanted to do with this piece was trying to accomplish what the viewers think and manage to indentify, without much difficulty, each figure and links it with its respective story. With this, we wanted to prove how deeply rooted the world of literature is in our current society since just some vague monochrome illustrations, without any kind of text or explanation are enough for us to associate them with the original books, allowing us to remember them and the stories they are portraying, which most of us know about and have enjoyed in the past.

Pop Up. Alejandra i Paula Díaz 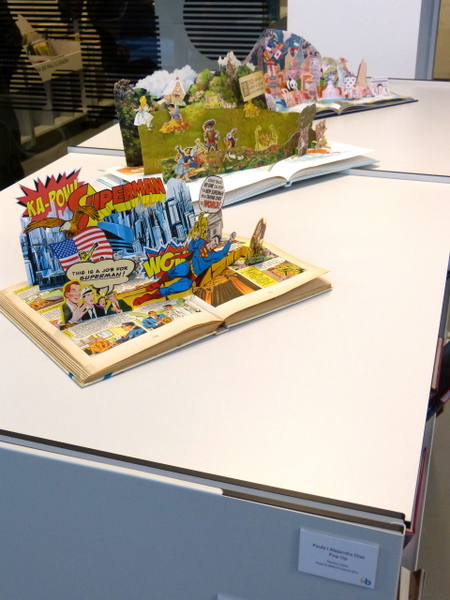 We have always loved fairy tales and classic books since we were little girls. Comics and tales have been a very important part of our childhood, because these stories stimulated our imagination and they have guided us to the artistic field. So, when the idea of making an artistic intervention in a library was proposed to us, we immediately thought about developing a work that included some kind of books or comics. We have always associated tales and comics with the illustration’s world, because it is an area that we like, but this time we wanted to go further. We wanted to develop something more creative. We had a book when we were younger that we loved because it was different from others: some pages had volume. When you open a pop up book, you open too the emotion and the illusion of that history, and the the characters and the scenario come to life, giving the viewer different perspectives to interpret the work, so we decided that we wanted to do that. 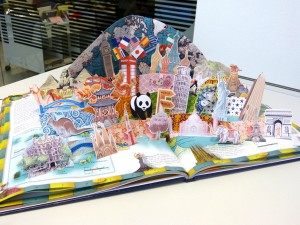 To start our project we collected different books from the library and, also including our own book, and we used them as our first reference to know the possibilities that we had and to set an idea for our pop-up books. We also read a lot of pages on the internet and we watched videos to learn different pop-up techniques. After this process of recollecting information, we had to concrete our project. We shuffled different options, but we finally opted to make three books: a Superman comic, a fairy tale and an atlas.

Once we had in mind the three ideas, we did a long research to find pictures and illustrations. It was a very long process since it was difficult to find the right illustrations that matched together, and we had to retouch many pictures to achieve an uniform result.

To create our pop ups, all we needed were the printed pictures, scissors, utility knife and glue. We used a layered system of four or three layers, where each layer has a lot of slats (the characters, objects, etc) with different depths. It was a tough process because the technique requires a lot of precision and patience, but as we practised more and more, our abilities and technique improved.

The aim of our project is manipulating the books to convey emotions and stimulate the imagination of the viewer. Through the fairy tale book we want to commemorate our childhood by exposing the characters that everyone knows. With the Superman comic we want to capture that heroic figure, without forgetting the capitalist image of the United States. The atlas, besides the visual target, also adds other factors that are knowledge and culture. We wanted to express the cultural diversity that exists on the planet and we have mixed it implying that culture is from everyone.

The pop-up technique is a way to express that these stories are beyond words, and that these topics have a big impact in our society. We have loved these proceed because for us it is not only an academic project, but also a great personal experience. 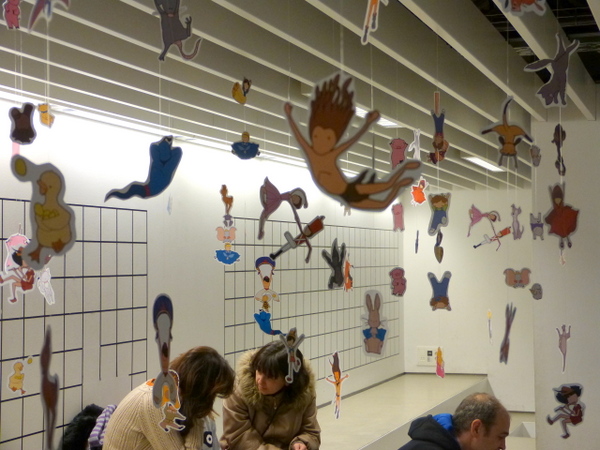 Our group was created in october (2014) by four art students who wanted to do more projects: Laia, Aina and Beth. Before that we had done another projects in different subjects like Spanish. We were working fine and we decided to do the others works together. Later we introduced a new member, Cristhian. The name of this group is GMR, it means Give Me a Reason, we chose it because we don’t need anything for create something and we don’t believe that anybody can stop us. 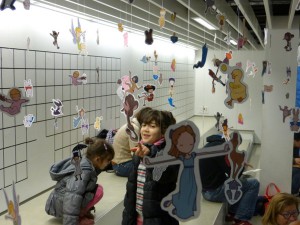 The second project that we have done is The raining tale, it consists in the creation of little shapes from traditional stories and it was falling like raindrop. We shared the characters so everyone drew his drawings with the same minimalistic style. This idea at the first time was daring because each one have a personal style but at the outcome was great because it seems that the characters have been created by one person.

At first, we decided which characters we should do. Secondly everyone created in his sketchbook the personages and study how could they fall. We did different suggestions and after we refined the drawings. When all the figures seemed made by only one person we traced them with a pigment liner (0’8 mm for the outline and 0’4 mm for details). When we had finished the trace we began to scan our papers and we edited them using photoshop. Photoshop works by layers, if you want to something you should create different layers for different actions. Firstly we adjusted the levels of black and white and we corrected the mistakes. When we finished this task we duplicated the layer and we take the colours by original characters images and we painted our drawings. At the end we joined the layers, we duplicated them and we sent them to the printer.

When our teacher proposed us to make an artist contribution in a library we wanted to do it in the children zone because it had a lot of diversity and motivation for us. That project returns us to our childhood and it was a new experience because nobody made a project like this before. In these months, during the work, we could knew the others members better. The communication was essential for exposing our own ideas to the others. Everybody likes the experience and we involve in this so much, we can see that in the outcome. We would like to repeat the experience in the future because it was so assertive and we are so pleased with the result. The opening exposition day, all the childs enjoyed with the cartoons and they took a lot of pictures with them. They commented positively our work and it was very successful for us. 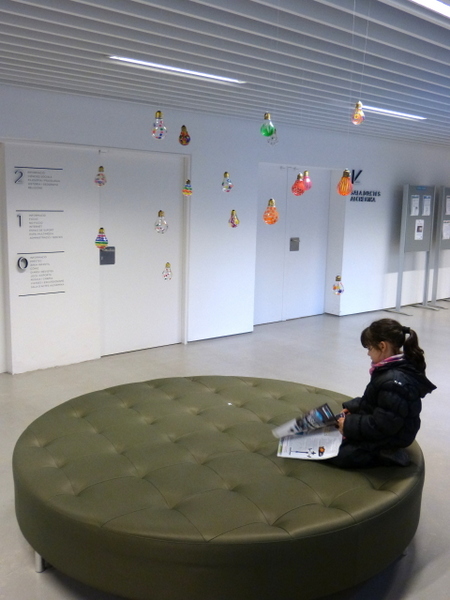 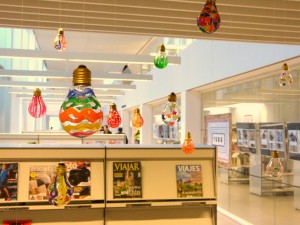 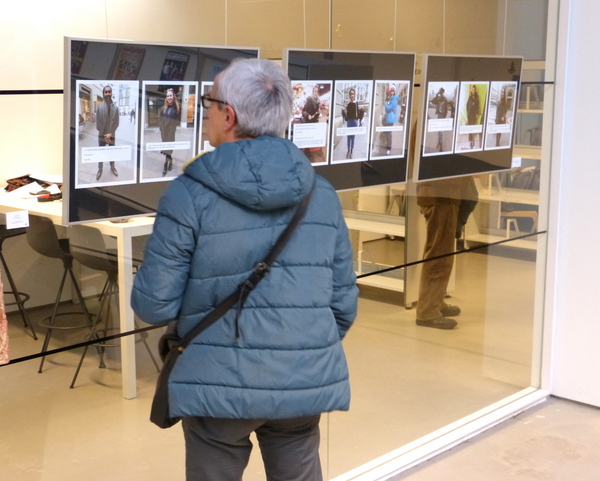 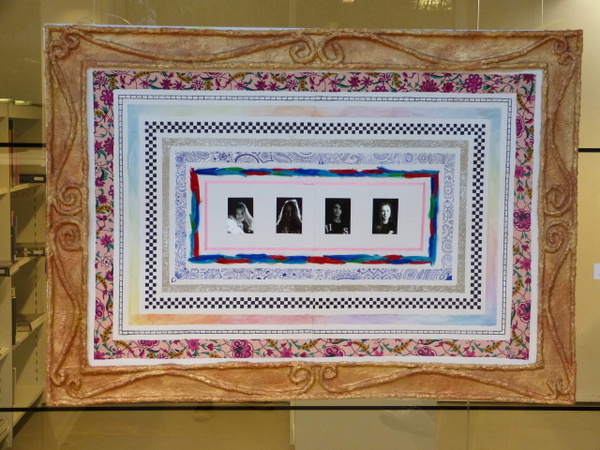 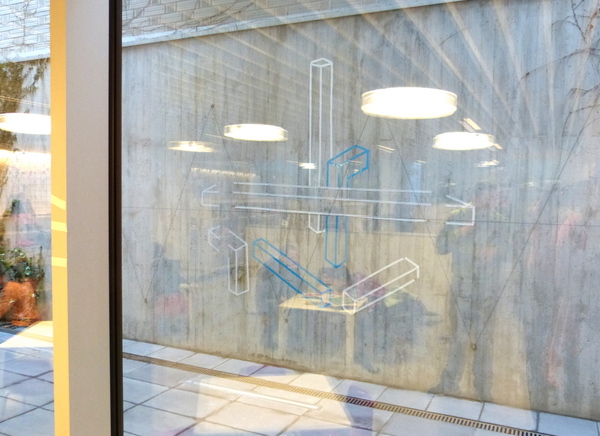